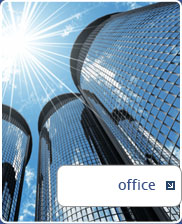 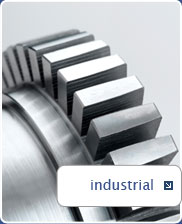 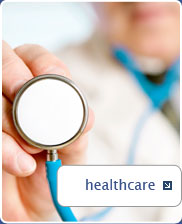 Today there are many examples, from all sectors of industry, and sizes of organizations, to show that when done right, applying ergonomics principles to the design of your jobs, tools, equipment, and work processes, will reduce injuries, lost time/absenteeism, scrap rates, errors – and in short - make a company more competitive and profitable.

In 1970 a couple of guys from England wrote an article called “Ergonomics – costs and benefits.”  That was almost 40 years ago and I bet you thought that ergonomics was something new.

In 1970, Mr. Beevis and Mr. Slade stated that even though there wasn’t a great deal of information available about the cost benefits of good ergonomics, the information they found showed ‘increased productivity resulting from equipment redesign and of savings achieved from the reduction of accidents and from improvements in the working environment.”

Today there are many examples, from all sectors of industry, and from all sizes of organizations, to show that when done right, applying ergonomics principles to the design of your jobs, tools, equipment, work processes, etc. will reduce injuries, reduce lost time and absenteeism, improve productivity, reduce scrap rates, reduce errors and, in short, make a company more competitive and profitable.

In 1991, a 200 year old paper manufacturer began a concerted effort to improve the ergonomics of their manufacturing plant.  The company, with 1200 employees, had experienced a high frequency of musculoskeletal disorders (MSDs) in 1990, with a rate of 2.5 lost time MSD claims per 100 employees. This company put into place a comprehensive ergonomics program that consisted of ergonomics committees with employee participation in each department, contracting of services from a professional ergonomist, ergonomics training at all levels of the organization, improved communication and feedback in the plant, ergonomic assessments of all tasks, annual discomfort surveys with all employees, and improvements to workstations, processes, and procedures.

Over the following five years the company spent an estimated 2.5 million dollars on their ergonomics program ($500,000 per year). They estimate that their return on investment, from both reduced lost time and improved productivity, was 3.5 million over the five years, or a 40% return on investment.  They also reduced the number of lost time MSD claims by 80%, had a 40% decrease in pain being reported by employees and, where workstation improvements were made and MSD risk factors reduced, had increases in productivity of more than 100%.

Healthcare workers have one of the highest rates of low back related lost time MSD claims.  Recently the Ontario Ministry of Health provided hospitals and other health care facilities with millions of dollars for them to purchase and install patient handling equipment.  This money was provided after a study in British Columbia found that the installation of ceiling mounted patient lifts resulted in a significant and sustained reduction in days lost, workers’ compensation claims and direct costs associated with patient handling. They estimated that the ceiling lifts saved one extended care facility more than $1.2 million dollars over three years and that the initial investment for the ceiling lifts was paid back in 0.8 years.

A large manufacture of computers, with 800 employees, had identified that the most common lost time injuries being reported were related to lifting, fastening, and keyboarding.  The company then instituted an ergonomics assessment program where work tasks and workstations were assessed for MSD risk factors.  Changes were made to reduce exposure to these risk factors and employees were provided with training on good manual material handling.  In one year, the cost for workers’ compensation claims dropped by 75%, from $400,000 to $94,000.  A second round of improvements was made and workers’ compensation costs dropped to $12,000.  It is estimated that over four years the company saved $1.48 million dollars with the cost of workplace improvements being less than $500,000, accounting for a return on investment of almost 200%.

The participatory ergonomics process involved both a high level steering committee and a shop floor ergonomics change team (ECT). After being provided with the some initial training, the ECT spent 10 months identifying ergonomics related issues and hazards and implementing changes and improvements.

What are you waiting for?

It would be possible to go on and on with examples of how a good, effectively managed and implemented ergonomics program is good for business.  Investments in workstation improvements, changes to job tasks and work processes, increased employee participation in decisions that impact them and their work, better communication and feedback systems, will pay for themselves in reduced accidents and injuries, reduced workers’ compensation costs, increased productivity and improved quality.  Ergonomics needs to be an important and necessary part of doing business in today’s competitive and global market!

(4) Tompa E, Dolinschi R, and Laing A. An economic evaluation of a participatory ergonomics process in an auto parts manufacturer. Journal of Safety Research. 2009